If the Olympic motto is ‘Higher, faster, stronger’ then I’m sure the Greek forefathers would have had mixed feelings about a shopping list that included melons, lurid charity shop outfits that would have swamped even the largest sumo wrestler and a tub of Vaseline. However, add six teams of confused people, a long rope, about a dozen insulted horses, a relatively flat field, some adult plastic underwear and a pack of maddened racing ‘terriers’ and you have an OSBWK Olympics. 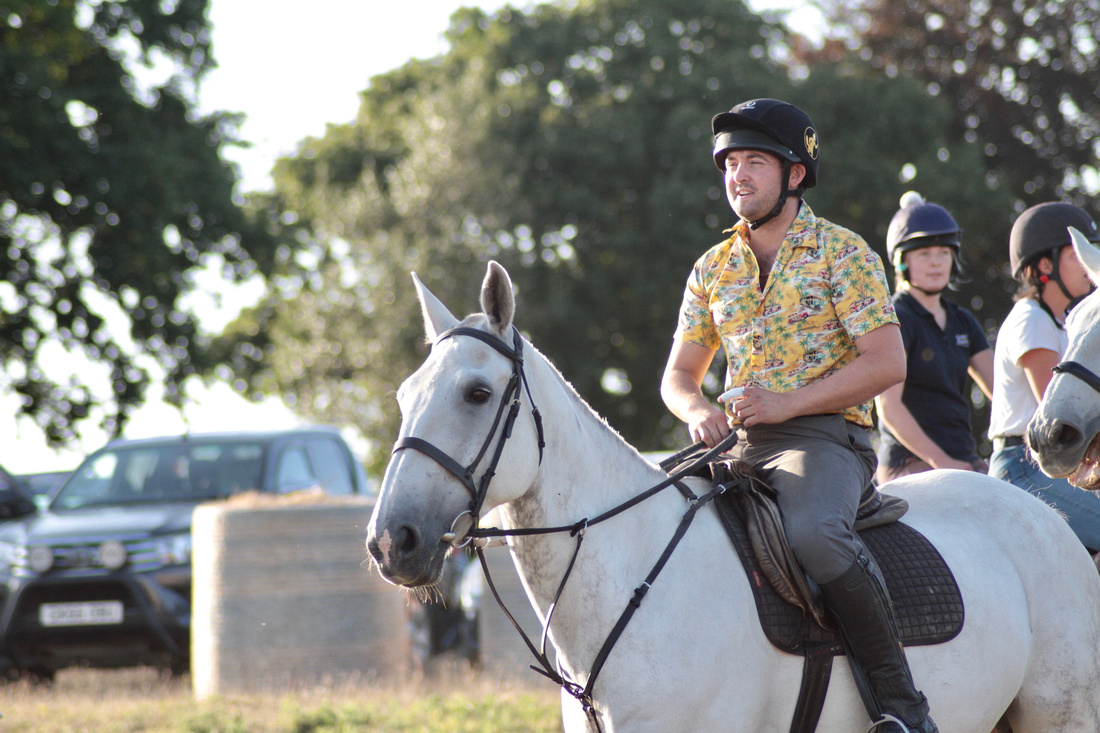 Hosting the games this year was the beautiful Twyford farm – Bob Felton and Liz Wallis who not only allowed us all to invade their tranquil beauty spot for a day but spent the previous week sourcing tightly wrapped large bales, strimming and shopping so that the athletes would be fed and watered to the highest standard with local ale, home grown beef burgers, pork sausages and copious other extremely alcoholic ‘sports’ drinks.

Terrier racing with two dogs per team was possibly the most confusing and wild start to a games yet. The brief delay due to a technical hitch meant that the decibel level had risen to unbearable by the time we begun thanks to world class yapping and the odd scream as the limbs of those restraining the furry contestants were gently severed. Race one was a resounding success for the Woodlands team who produced two menacing looking Patterdales that nothing would argue with and Race two seemed to be won by a very hairy lurcher that wasn’t actually part of things…a re run was demanded but it was decided to cease the activity before environmental health were called. 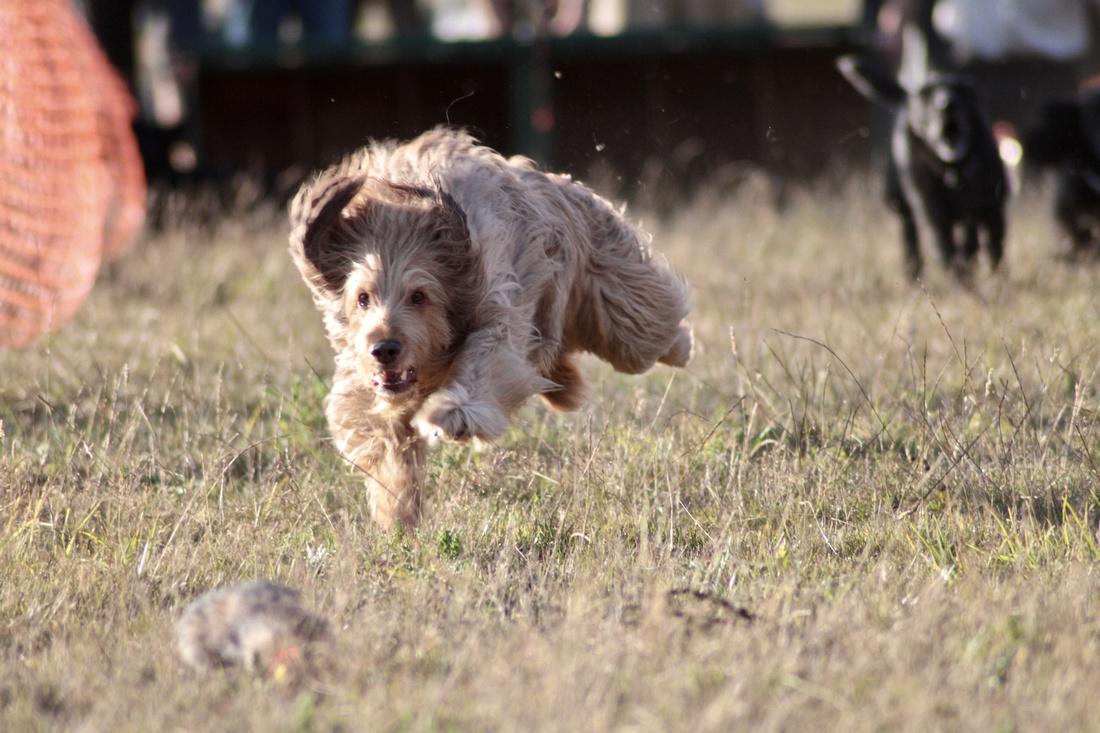 With the dogs and bitches away ‘Horses ladies and gentleman please’ was the call for the next race –The Dressing up race, a relatively simple task- canter down to the end, place on one item of women’s clothing and come back. This was more or less completed by all if you ignore one equine head on collision in which a respectable adult male was turned into an unwitting human cannonball, a youth was seen galloping off into the box park with no reins wearing little except a woman’s bathing suit and as I forcibly removed 8 items from one contestant who’s team mates had obviously more experience with making rubber band balls than dressing women and it was decided that the padded incontinence knickers were actually a handy bit of safety gear. 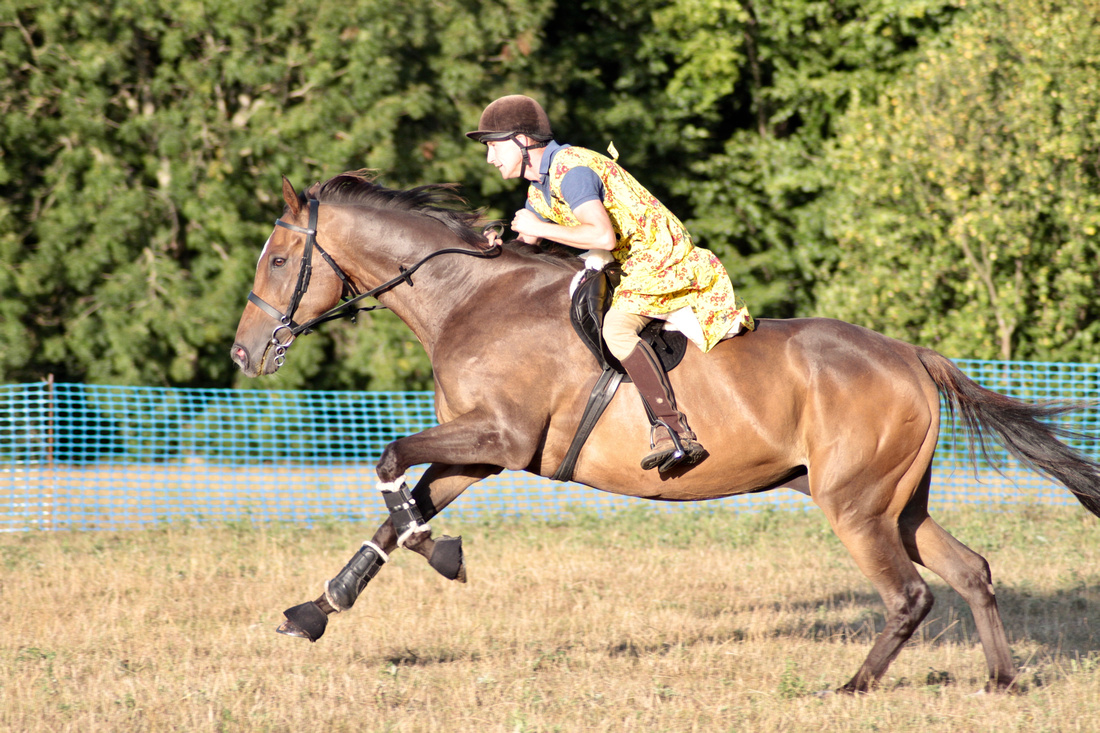 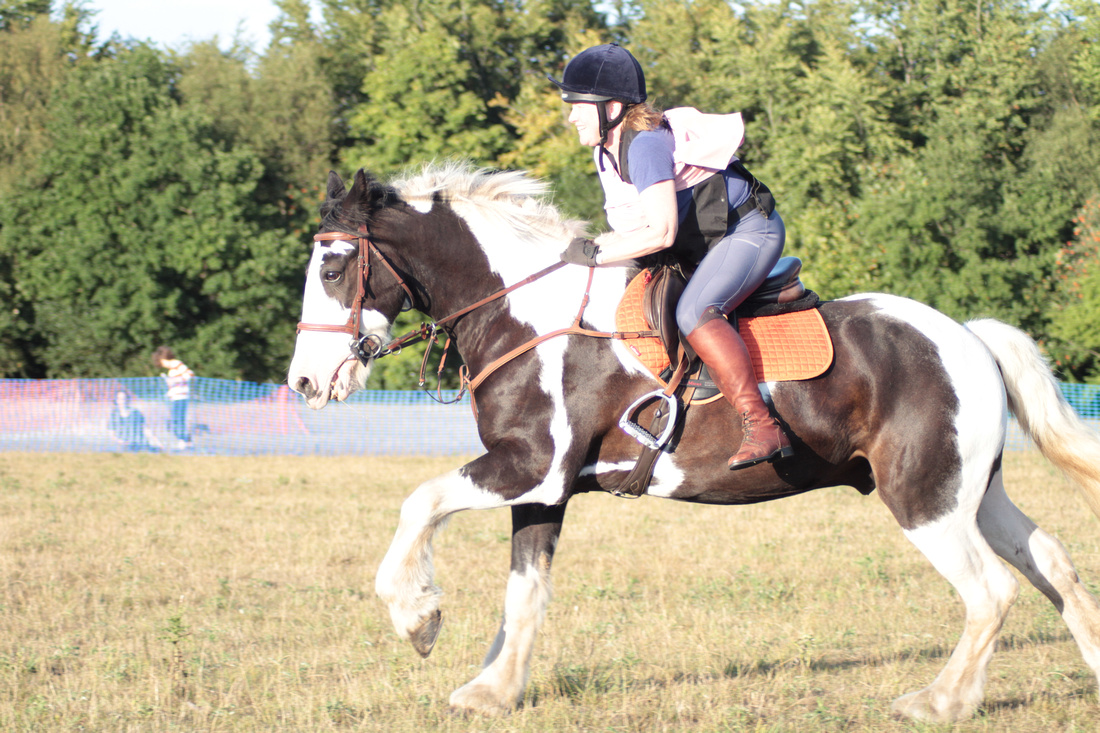 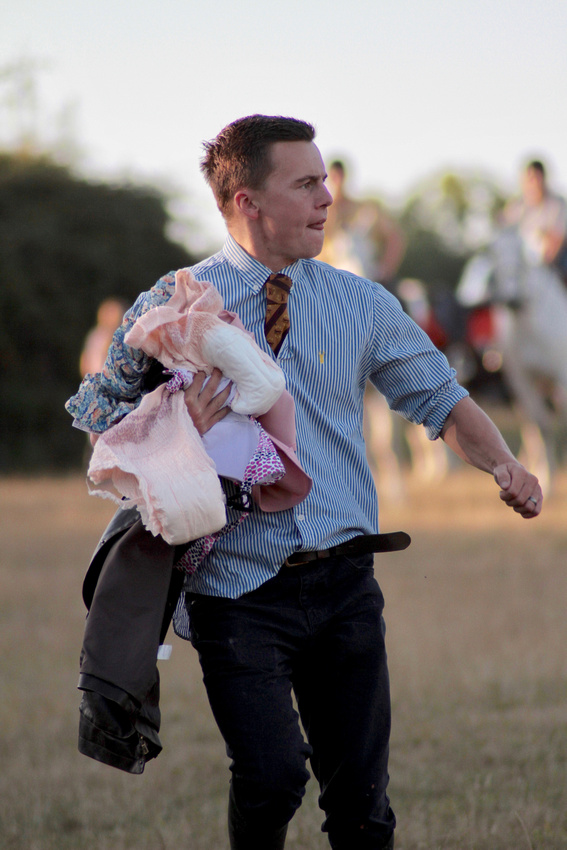 This year’s relay watermelons were disappointingly small (story of my life) and so it was deemed necessary by the organizers to apply an industrial amount of embrocation to each one as it always seems to help things along. Special commendation goes to the lady on the strong bay horse for managing to turn at the end with Vaseline all over her reins and a melon in her pants, to the jockey to sat several bucks and a nap without any of his literal or personal fruit being damaged, to the vet who wiped hers and took it home for supper and to the galloping barrister whose melon met with an untimely end but was buried so firmly that there will no need to buy any next year such will be the quality of the crop at Twyford. 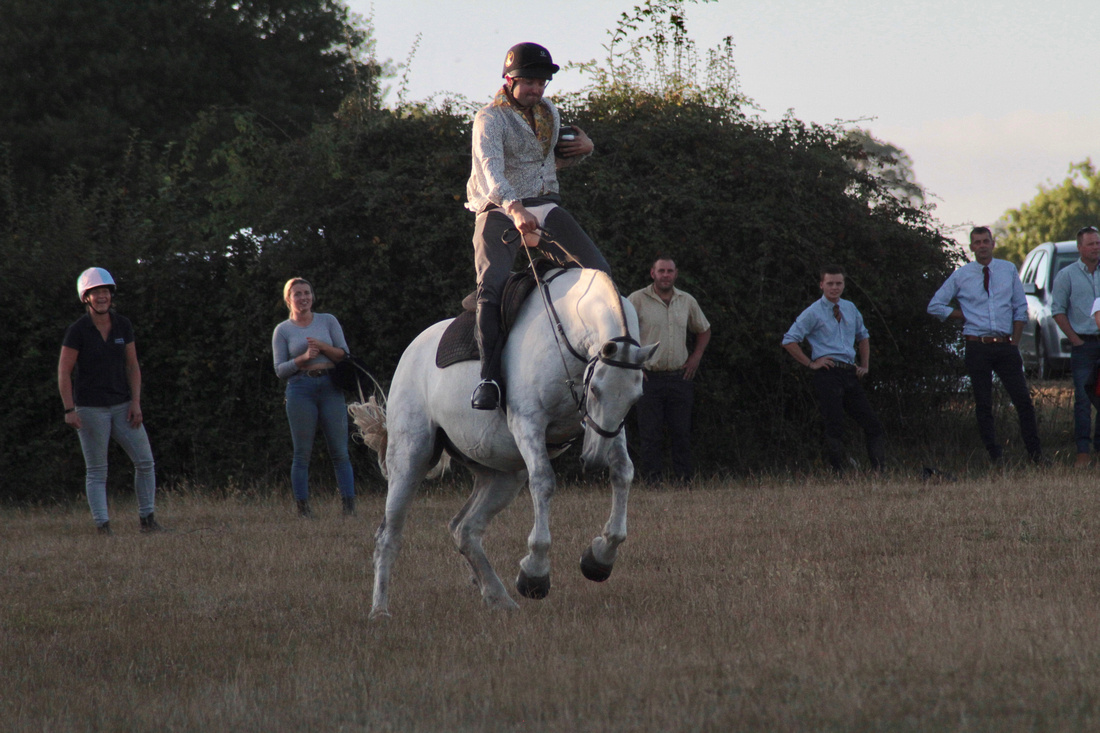 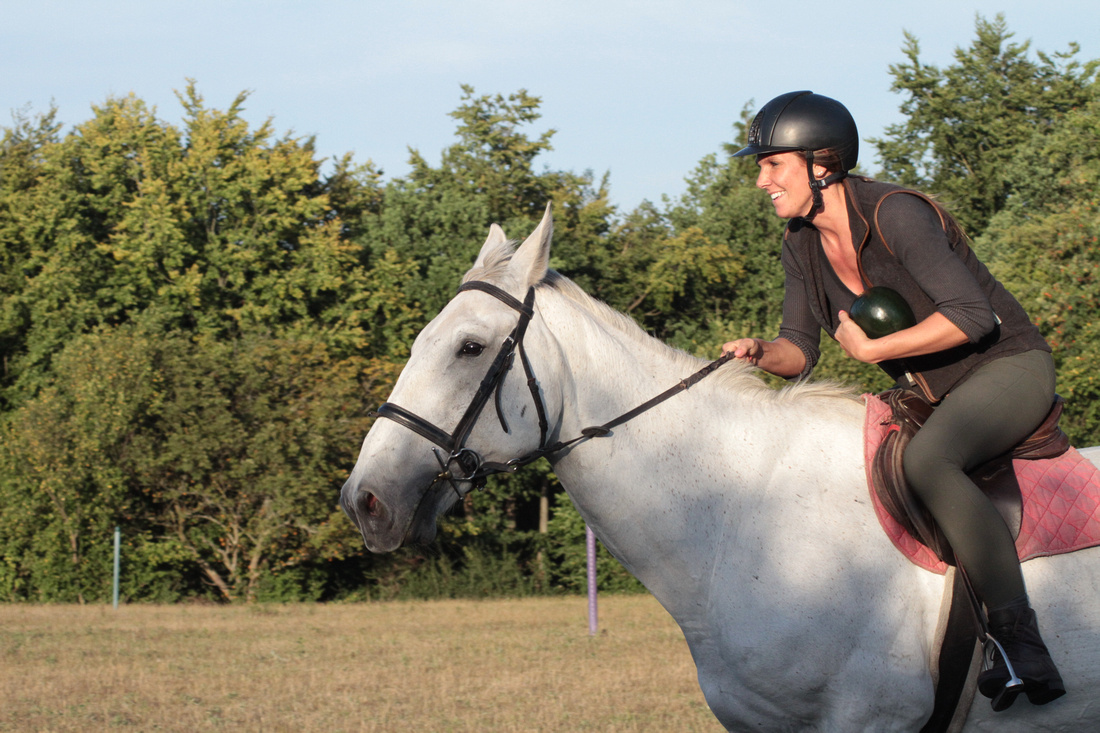 Chase me Charlie Jumping followed – with myself finding it strange at this stage that I needed to remind some more excitable riders to wear clothes. This was dominated by the team from Cinder Hill vets and a ringer who joined the OSBWK with a tie at 1m20 and one very sore backside from an ambitious female competitor on a chestnut mare who performed a disappearing act backwards between her riders’ legs at the crucial moment. 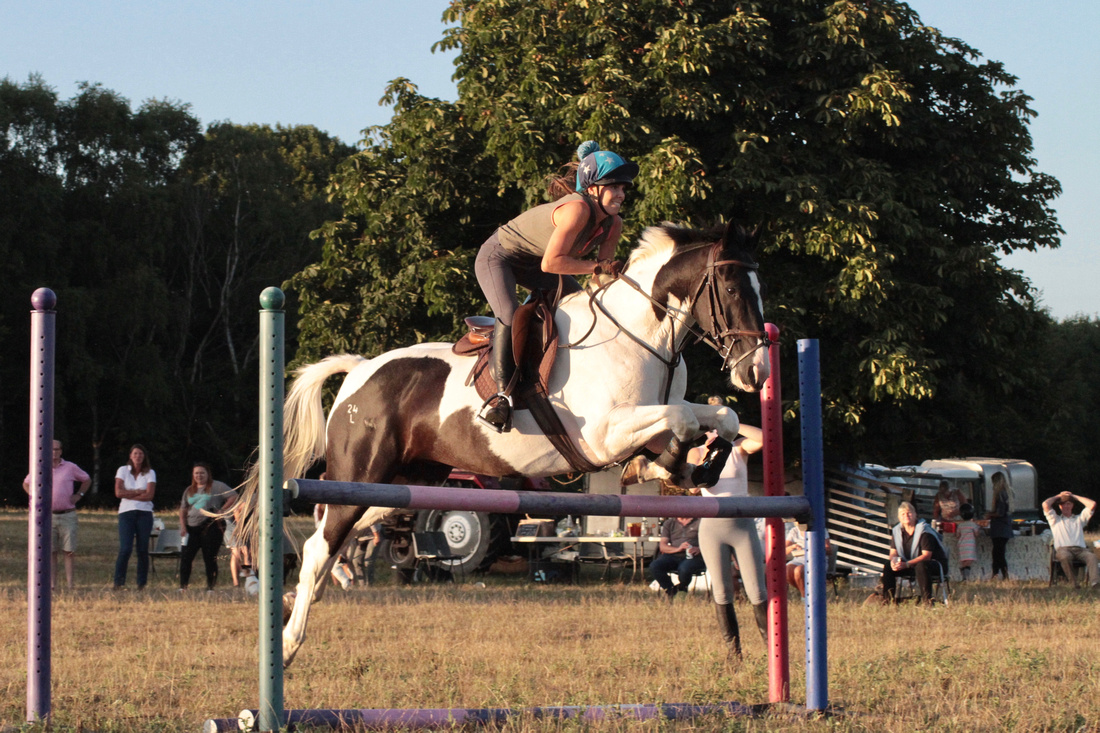 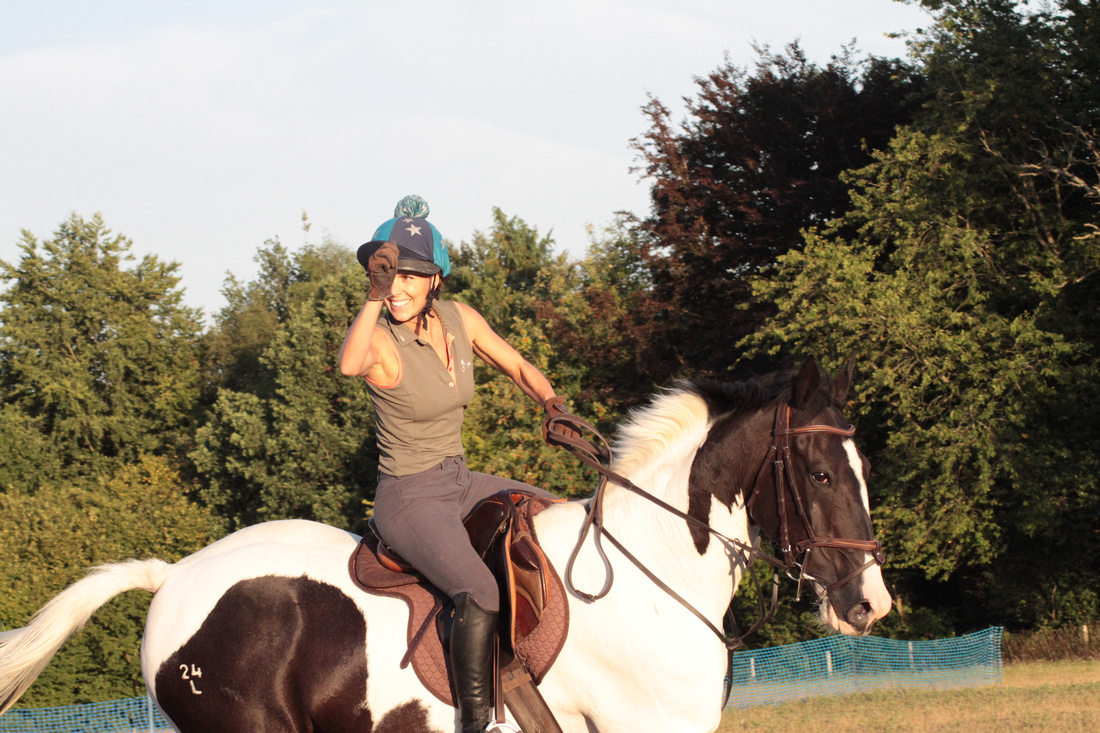 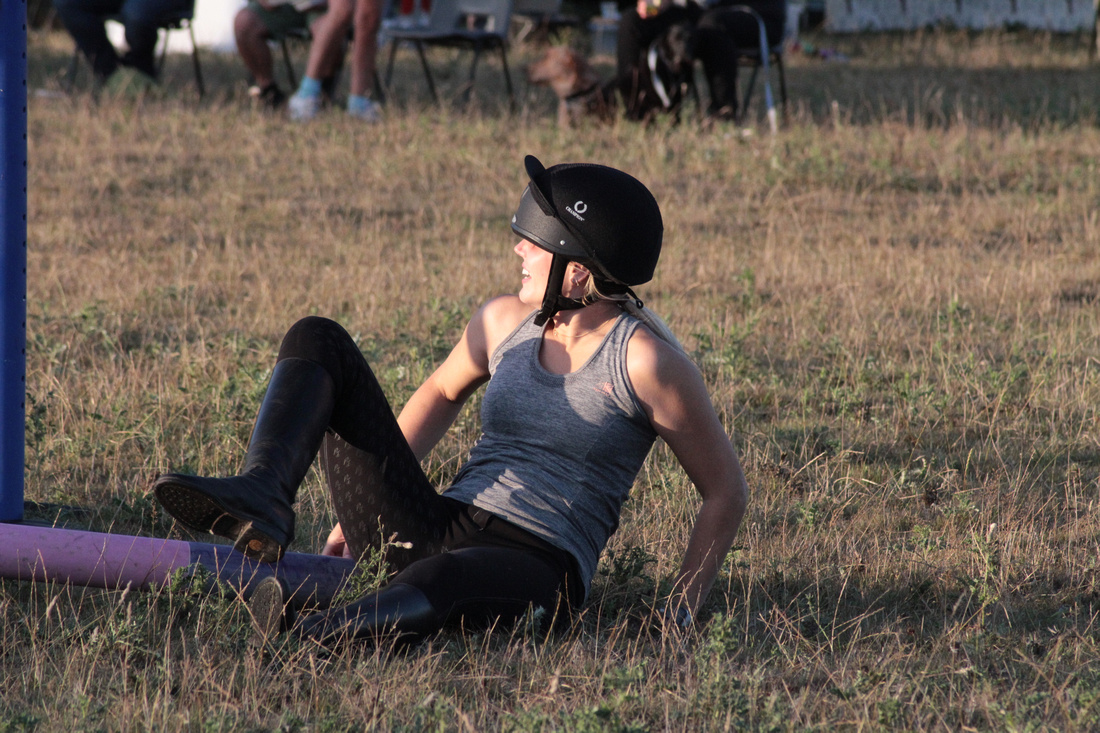 Horses away and the light fading there was a break for more tasty sports drinks followed by some Tug of War for which it seemed harder than usual to explain the rules and even understand who was on which side. This seemed only sortable in only one way with our final competition – the bale roll. Teams have to roll a large haybale around a track laid out around the field, a pleasant rural task, elimination if a marker is missed or the perimeter fence is crashed into used to be the only rules. However, following the scenes of violence of 2021 a new rule for 2022 was ‘No hair pulling’. Off they raced with some pushing bales, others attempting to block rivals using their own bodies or dragging competitors under bales which led to a few roadkill moments. By the half way marker, a fight had broken out, a lady master was stripping a tree surgeon naked, a vet nurse was being held upside down and the redundant dogs from earlier had finished off the BBQ and started to work their way through tearful orphans abandoned by parents. A win for a combination of WoodFalls and the Giddings team – a new rule of ‘no eye gouging’ will be in place for 2023 and tie breaker was attempted to decide a winner but by now the light was fading and it was time to return to the real world before we would be reduced to identifying further casualties using dental records. 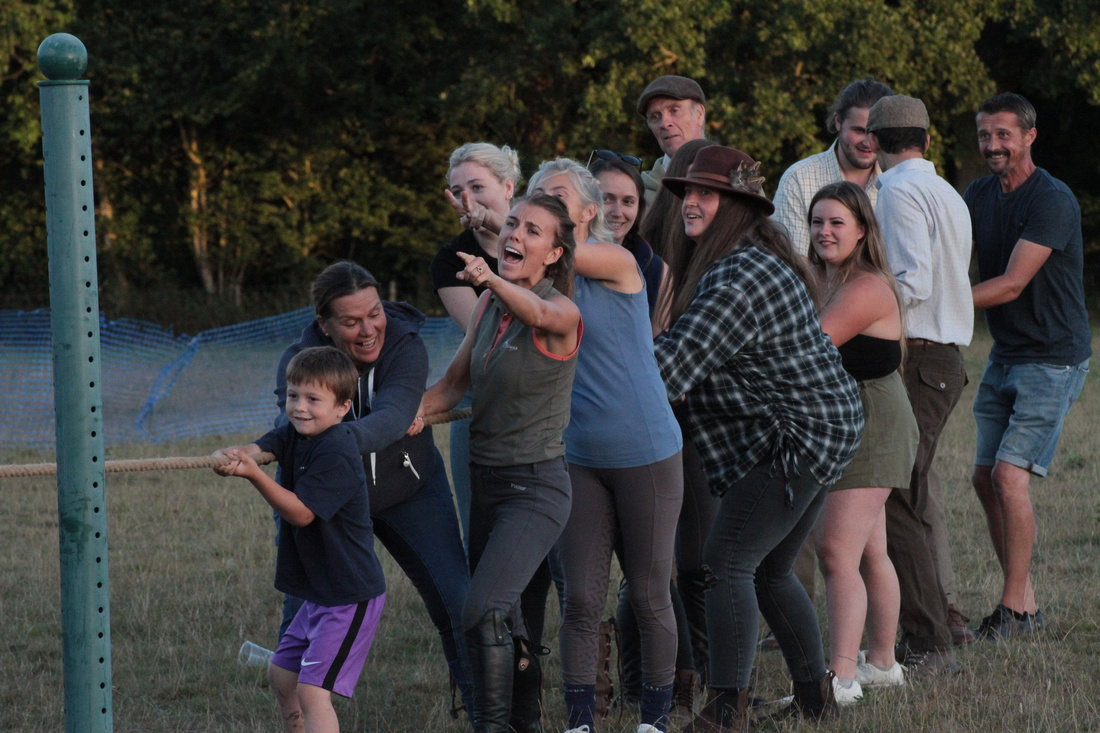 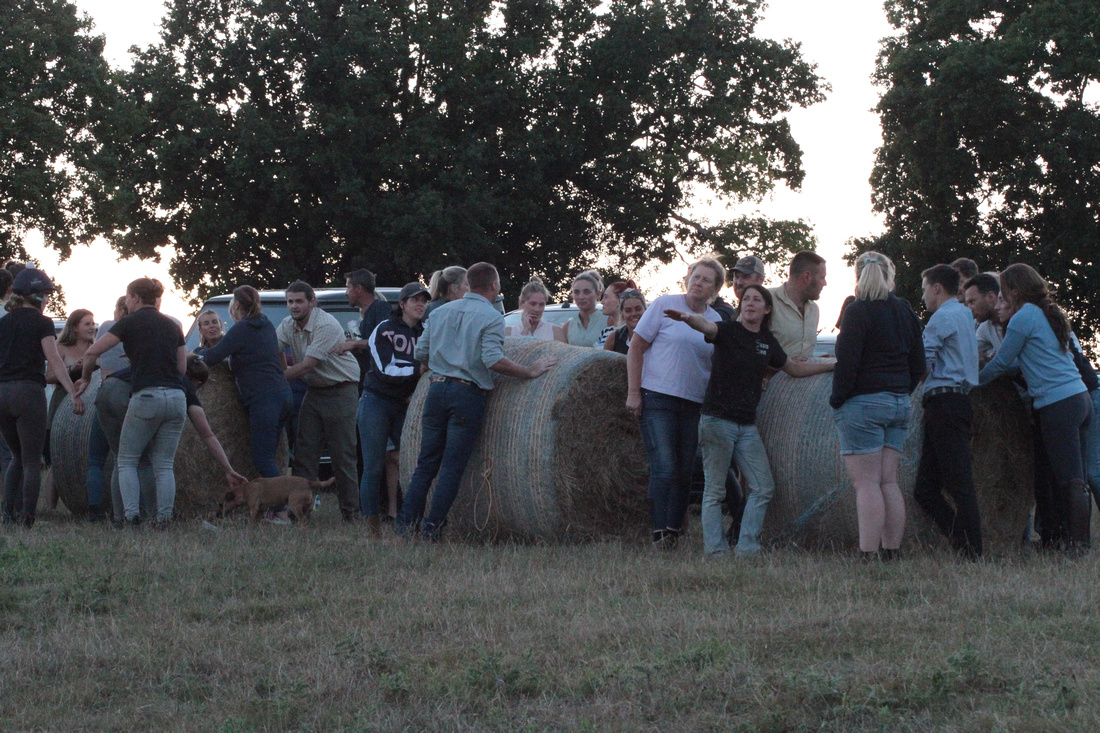 A huge thank you to Twyford farm for the food, beer hospitality and venue - and all of our sponsors Equipassion UK, Kitchens Bespoke, Equine Transport UK, Equine Laundry, The Sussex Riding School and the Queens Arms Cowden Pound. To Claire Owen of Equipassion for the photos and sponsorship, to Elin Hancock for help setting it up and also to Tim Staines and Harry Johnstone for help in the clean-up operation!