With a few weeks notice, I booked a last minute (standard for me) trip to Jerez in May 2017 and oh my! it was spectacular.

Up at 0300 on a dark, drizzly May morning we drove over to London Stansted to catch our flight to Jerez.  We landed late morning to beautiful sunshine and took a taxi to the town centre where we found our hotel.

Checked in, we went into town.  We sat outside a restaurant and watched a gathering of Spanish ladies dressed in colourful flamenco dresses with bright coloured flowers in their hair singing, dancing and clapping.  Clearly a very social occasion.  After lunch we went to find the location of the fair, which was The Gonzalez Hontoria Park.  There was an impressive welcome at the entrance to the fair; seven immaculately turned out horses from Fundacion Real Escuela del Arte Ecuestra (The Royal Andalusian School of Equestrian Art)

By day, hundreds of beautiful horses with riders wearing traditional local dress parade the avenues in the park.  Glamorous ladies in colourful flamenco dresses are perfectly poised sitting behind gentlemen riders.  Decorated horses pull carriages carrying groups of friends, singing, laughing and drinking sherry.  Tiny children sit on top of huge horses riding along with family.  It is so hard to describe the scale and splendour of the fair in words. 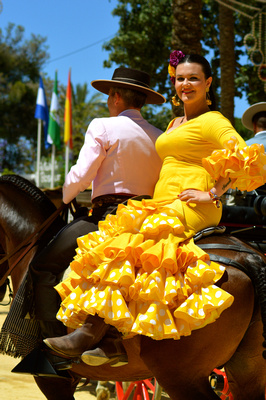 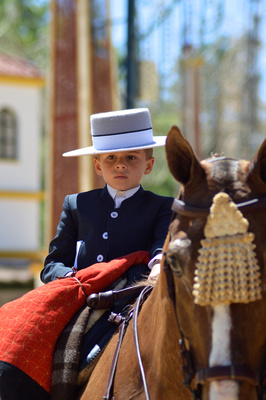 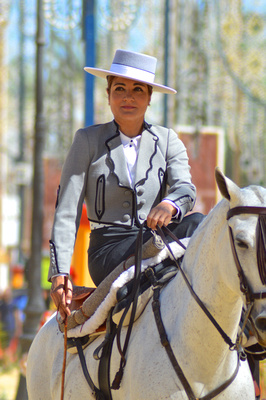 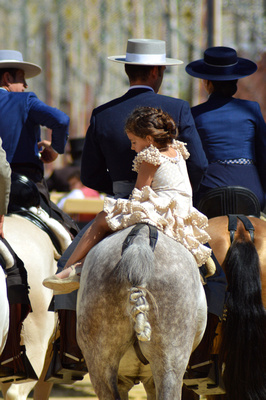 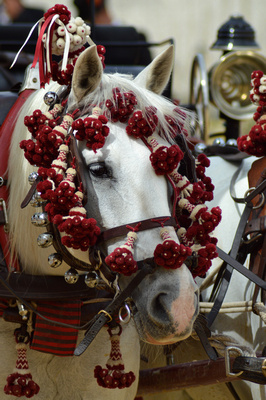 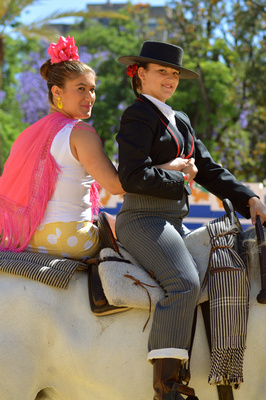 We stayed at the fair until around 7pm when the park was emptied of horses by police on horseback and it became a party.  Night time in the park has a totally different feel. 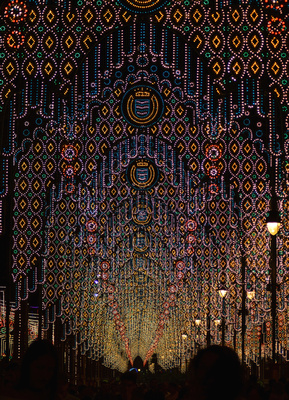 The fair at night

Thursday morning we took a tour on a hop-on hop-off open top sightseeing bus, an efficient way to view the city, both old town and new town.  The cobbled streets were lined by Jacaranda trees in full bloom, beautiful.  Jerez is famous for it’s Sherry production and home to the largest Sherry producer in the world, Gonzales-Byass, producer of World famous Tio Pepe.  We hopped off at the Tio Pepe winery and took a guided tour.  Having learned the history of Gonzalez-Byass, including the ladder climbing, sherry drinking mouse we sat down for tapas and tasting.  Six glasses of sherry later we were back on the bus back to the fair. 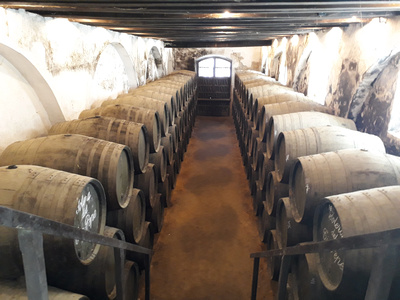 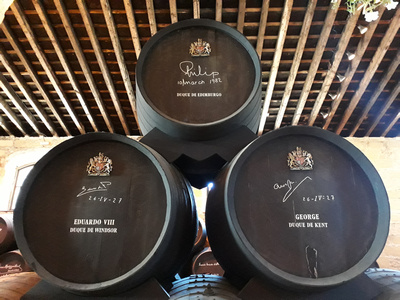 Back at the fair we changed for a different form of transport; a horse drawn carriage.  We soaked up the atmosphere of the fair.  It’s an equine photographer’s paradise, I found it hard to put my camera down.  The park is lined by casetas which are pop up bars and restaurants, there are literally hundreds and they are all very busy.  We sat down for a couple of hours for some refreshments and watched the continual parade of horses go by. 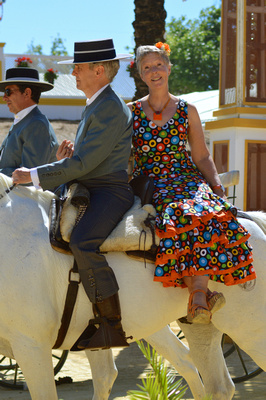 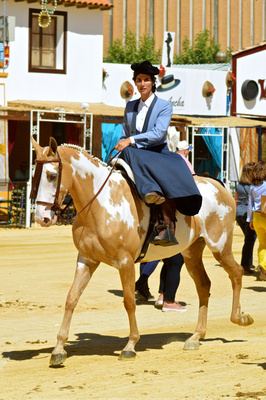 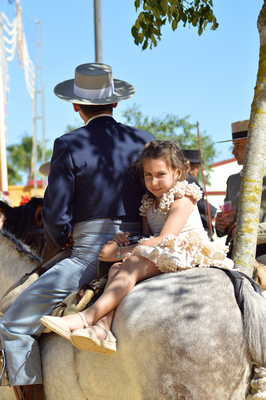 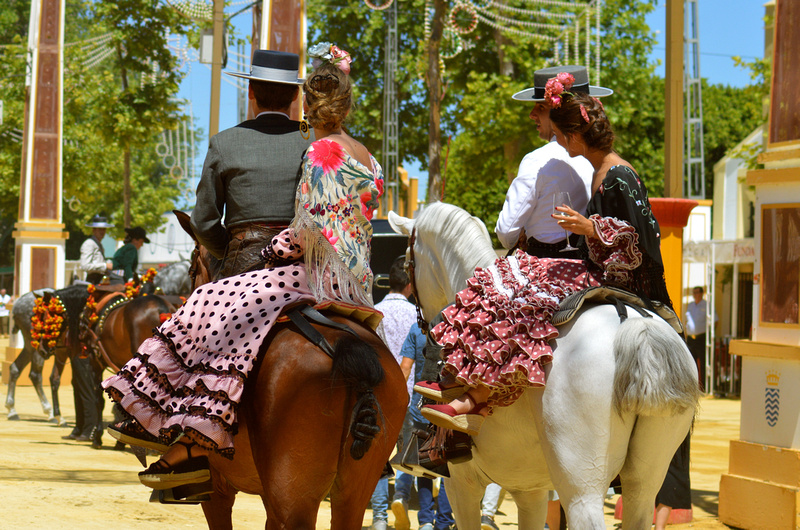 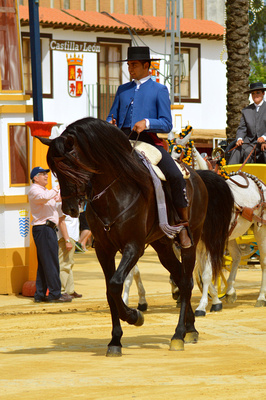 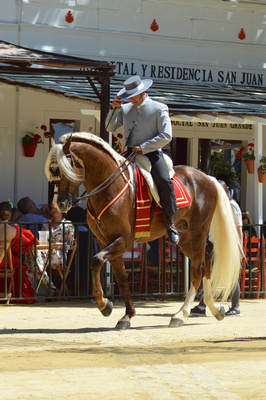 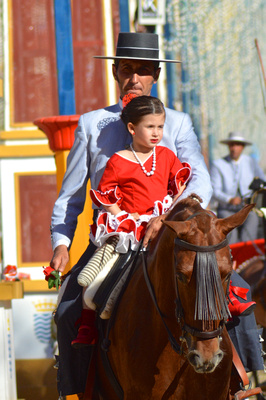 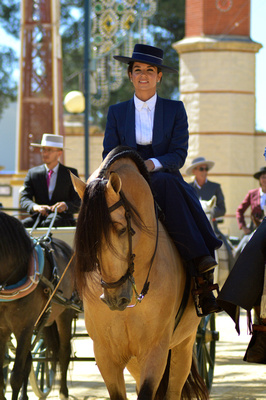 That evening, we enjoyed local ham and pizza in Plaza de Arenal before going wandering in the town. 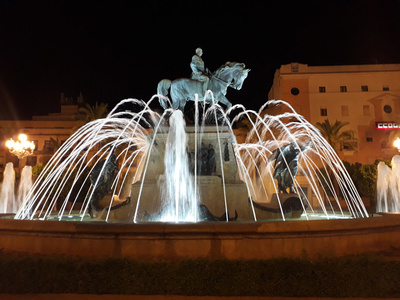 Friday, we made our way to the Royal Andalusian School of Equestrian Art.

We explored the extensive and well kept grounds, palace, saddlery, stables and the most exquisite tack room I have ever seen.  We then went to the evening gala performance of “How the Andalusian Horses Dance” of course we were welcomed with sherry served traditionally by a veneciador and sat down at 10pm.  The show featured classical dressage, carriage driving and work in hand.  The skill and precision is spectacular.  Watching moves such levades and caprioles performed was really special.  The show ended with a standing ovation. 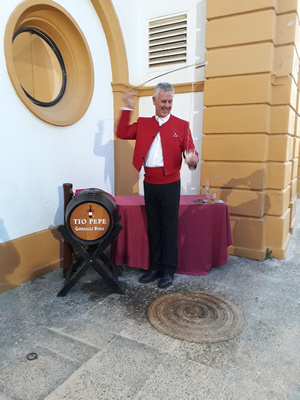 Saturday afternoon we took a train from Jerez to Cadiz and then a taxi to El Puerto De Santa Maria. We had some drinks overlooking the river at La Cristalera before making our way to Centro Ecuestre Las Marías riding centre.  A mare and foal were in the front paddock enjoying a lazy afternoon.  Having entered the courtyard of stables we were greeted by a free roaming micro-pig, named Bacon.  In came centre founder, Jesús Grandes-Melgarejo on a horse cart with a group of children on board singing and laughing.  I immediately got a feel that the centre was a happy place and very child friendly.  Horses were gathered and loaded into a truck.  We took a drive to the beach where I was introduced to Snow White.  We made our way up through the sand dunes, as we reached the top, the view was spectacular, the sun was setting, waves gently and quietly rolling in the beach was empty apart from a few fishermen dotted along the shore. The horses had a splash about in the sea and then we wandered down the beach.  After we’d passed the fishermen we had an incredibly slow and dreamy collected canter. It was beautiful.  Having reached the end of the beach we turned and took a leisurely walk back down as the sun set.  We returned to the riding centre in the dark, gone 10pm and unloaded the horses.  It was a perfect beach ride, highly recommended.  After a very late dinner and having missed the last train, we took a taxi back to Jerez. 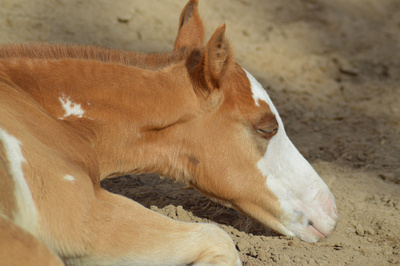 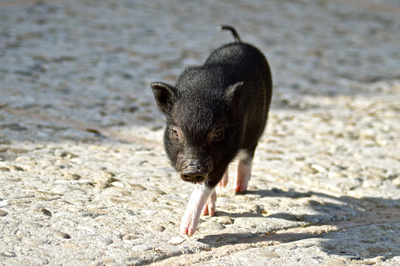 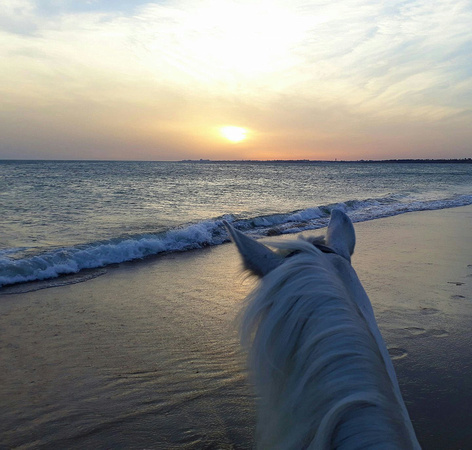 Watching the sun set on board Snow White

Having packed a lot into a short stay, Sunday morning we were up early took a flight back to the UK. 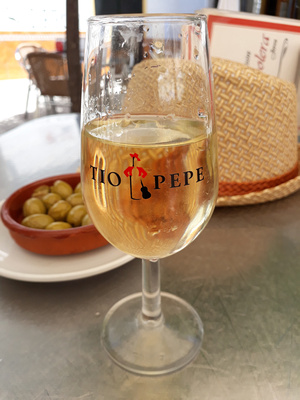 All photos from this event - Here

I now have a 10k+ following on social media.  I welcome all ideas and enquiries from equestrian related businesses that may want to collaborate.