“Fill your life with experiences, not things, have stories to tell, not stuff to show” has to be amongst my my favourite inspirational quotes.  When my boyfriend asked what I would like for Christmas, I said that I would rather visit somewhere rather than have any presents to open.  After talking about it we decided on the Snow Polo World Cup in St Moritz, Switzerland.

We planned a road trip for the end of January 2018 (not in the slightest influenced by me being an anxious flier).  Prepared with thermals, snow chains and winter tyres, we took the Eurotunnel on a midnight train arriving in France an hour ahead at 0200 on Thursday 25th January.  Already exhausted being the early hours of the morning there was a lot of driving ahead.  I’d already successfully completed my challenge of driving on the other side of the road when we were in France a few months previously and felt pretty confident but hadn’t driven on a motorway.  A friend had given me some advice, she told me to put something in the corner of the windscreen by the steering wheel and make sure that is always kerbside, I found that really helped me.  Around 0400 it was my turn to drive. I now had French motorways to master and this was actually also my first time driving the car as we had only picked it up from the garage the day before, no pressure.  There were a lot of lorries on the road and to keep on schedule I had to overtake them.  The lanes were so narrow, it was dark with no lighting and no cats eyes.  The rain was constant and torrential and the windscreen wipers couldn’t keep up.  Each overtake was petrifying.

Fast forward 12 hours and we had arrived in Switzerland and the views of pretty Swiss villages against a backdrop of snow topped mountains.  We drove through long tunnels and eventually made it to the Julier Pass, which connects Graubünden to the Engadin valley.  An awesome route to drive, mountainous roads with steep drops and twisty-turny hairpin bends.  I was lucky to be in the driving seat.

A quick stop along the Julier Pass

We arrived in St Moritz around 5pm and checked into our hotel; the Reine Victoria, the room was wonderfully spacious.  After a 20 minute cat nap we walked to the Kulm hotel for the players and sponsors presentation and cocktail party.  “God must be a polo player” said Reto Gaudenzi, the founder and creator of Snow Polo World Cup as he explained that the weather and conditions in the run up to the Snow Polo World Cup had been ‘challenging' and caused some delay.  He went on to say that the ice had frozen to a perfect depth (54cm).

On the morning of Friday 26th January I was up bright and early for the press conference.  The lake was a short walk from the hotel.  As I walked over to the polo village, polo ponies were being led over 4/5 at a time.  Around the lake, there are inlets and outlets where rivers feed the lake.  These areas are the only very small sections not frozen.  The lake is vast; 1.6km long.

After the press conference we watched the polo ponies being warmed up.  I did wonder just how safe polo on snow was, and I am told that it is just as safe as playing on grass.  To avoid balling of snow in the shoes, they are fitted with snow shoes which have a special rubber tubing to funnel the snow out of the back of the shoe.  Two studs are fitted to both front and rear shoes to add traction. 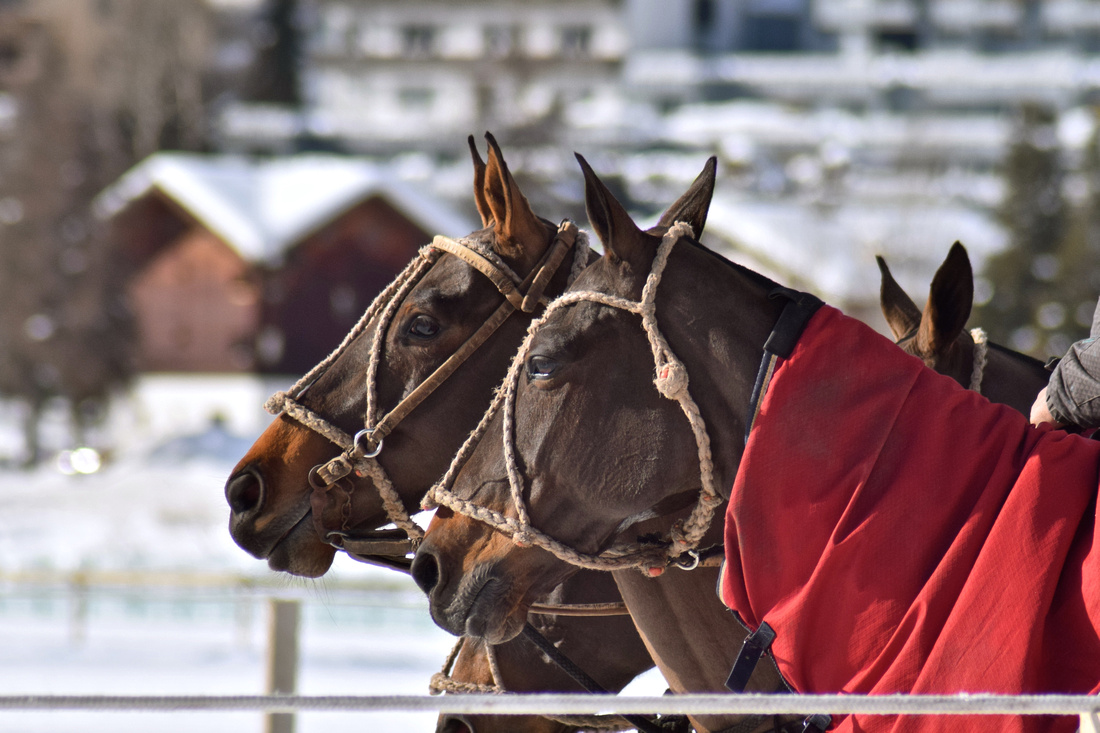 St Moritz is glamorous and chic.  The Snow Polo World Cup is a very social event and guests dress well.  Champagne is plentiful and cigar smoke lingers in the air.  Dogs are welcomed and many of them are also dressed for the occasion. 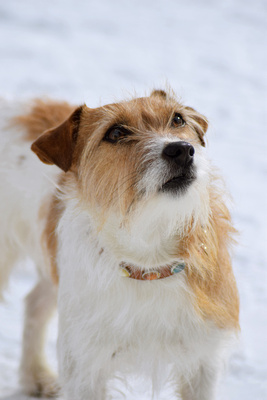 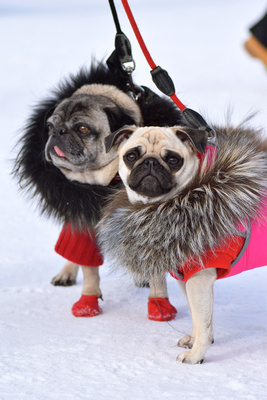 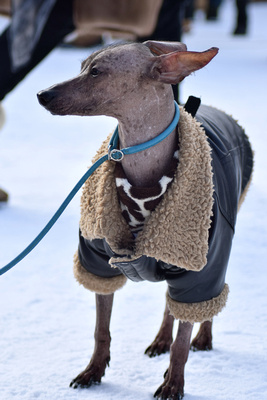 With perfect playing conditions the first game of the tournament began at midday; Cartier vs Badrutt’s Palace.  It was great to see local polo player Chris Hyde on form and Cartier took the win 5-2.  I was surprised that despite standing still for long periods of time, I didn't feel the cold at all, if anything, I was too warm! 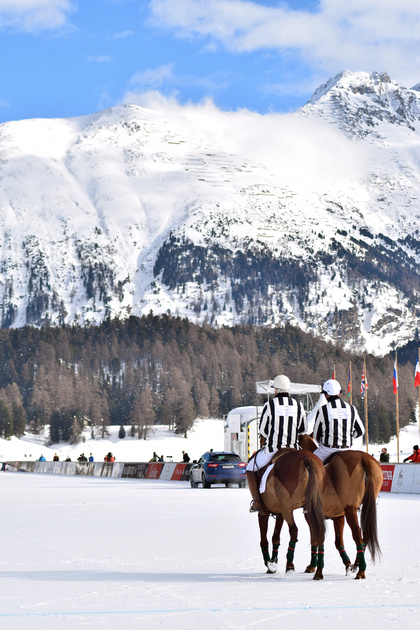 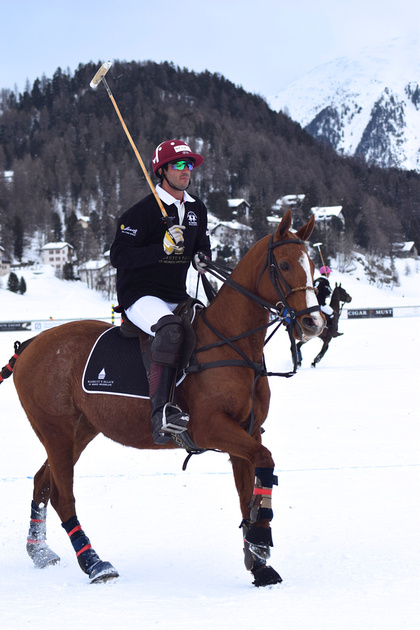 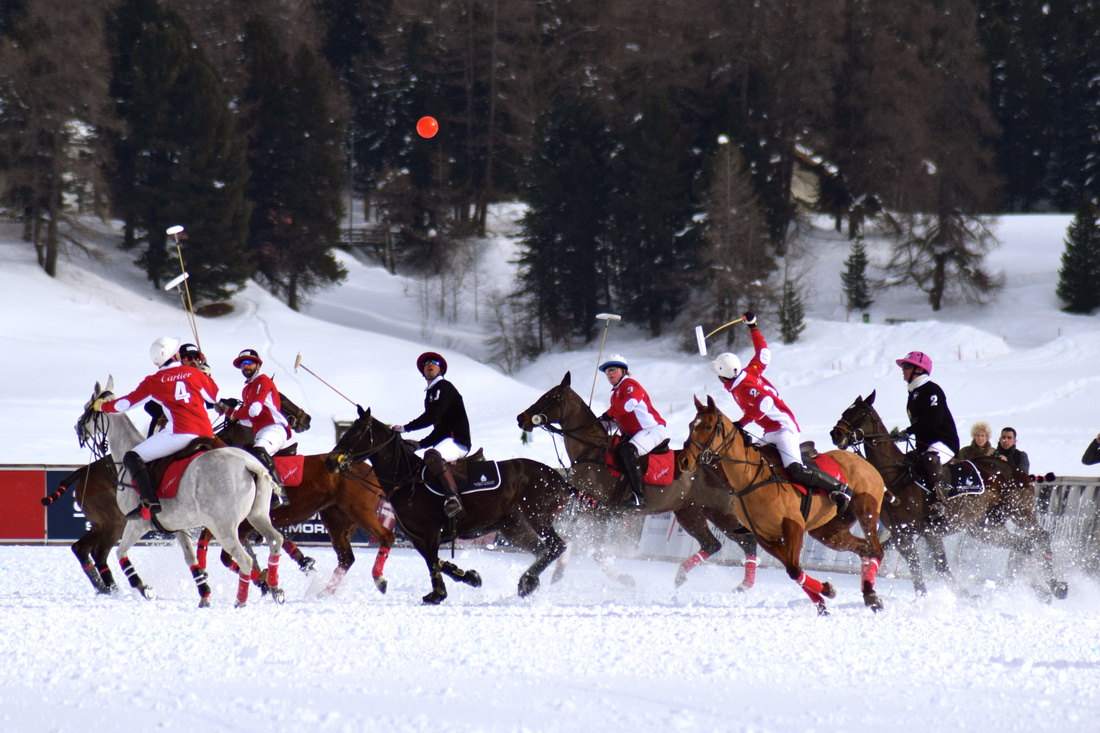 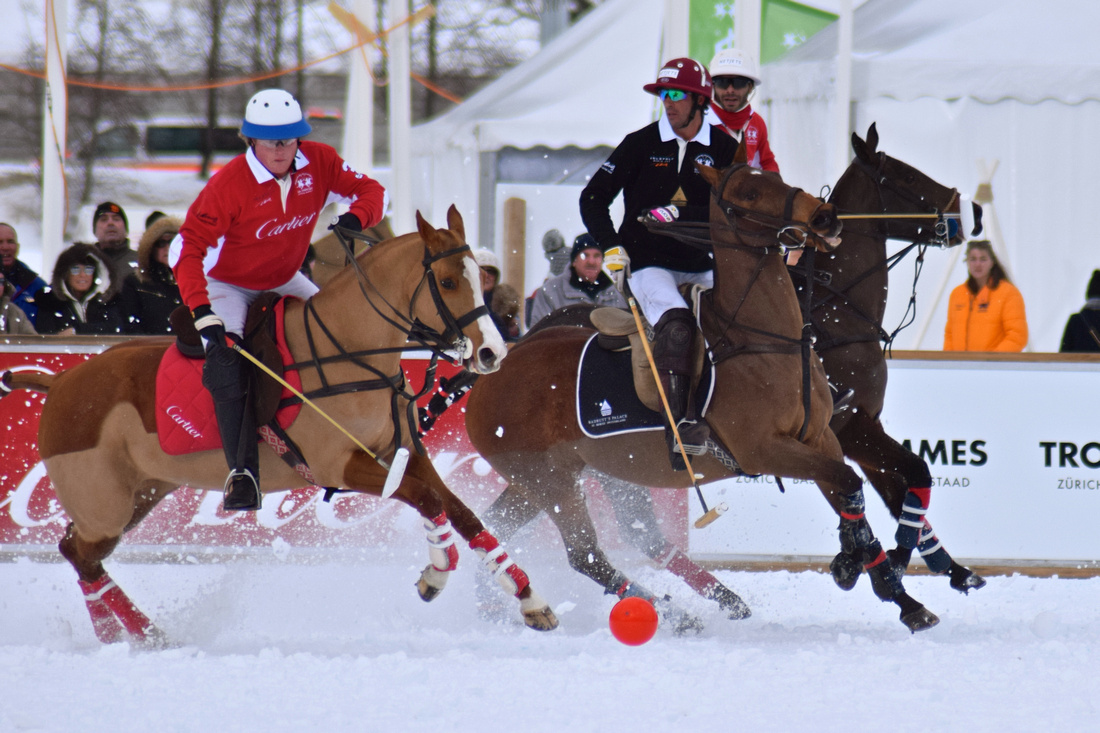 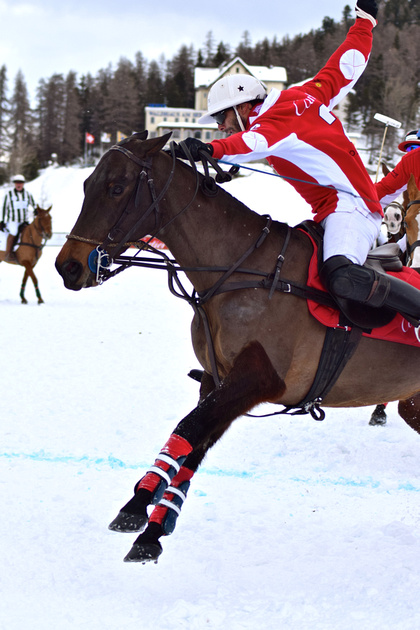 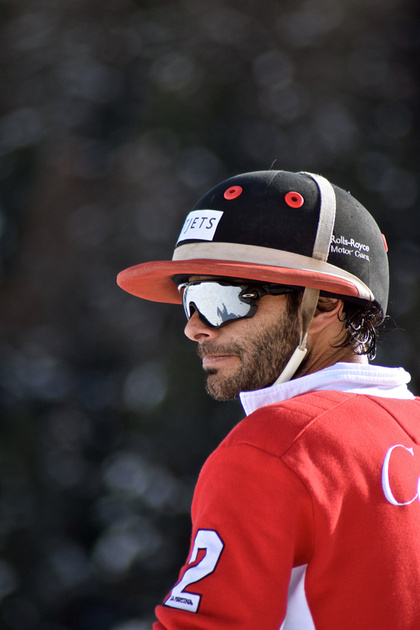 Team Azerbaijan Land of Fire took on Maserati next.  It was a tight game with Maserati winning 2 - 1 1/2.

Saturday, Maserati took on Cartier at midday.  Both teams had had a win the previous day.  The most epic goal saw Cartier’s Juan Cruz Greguoli collide with a goal post.  Cartier were the stronger team and won 3 1/2 -2. 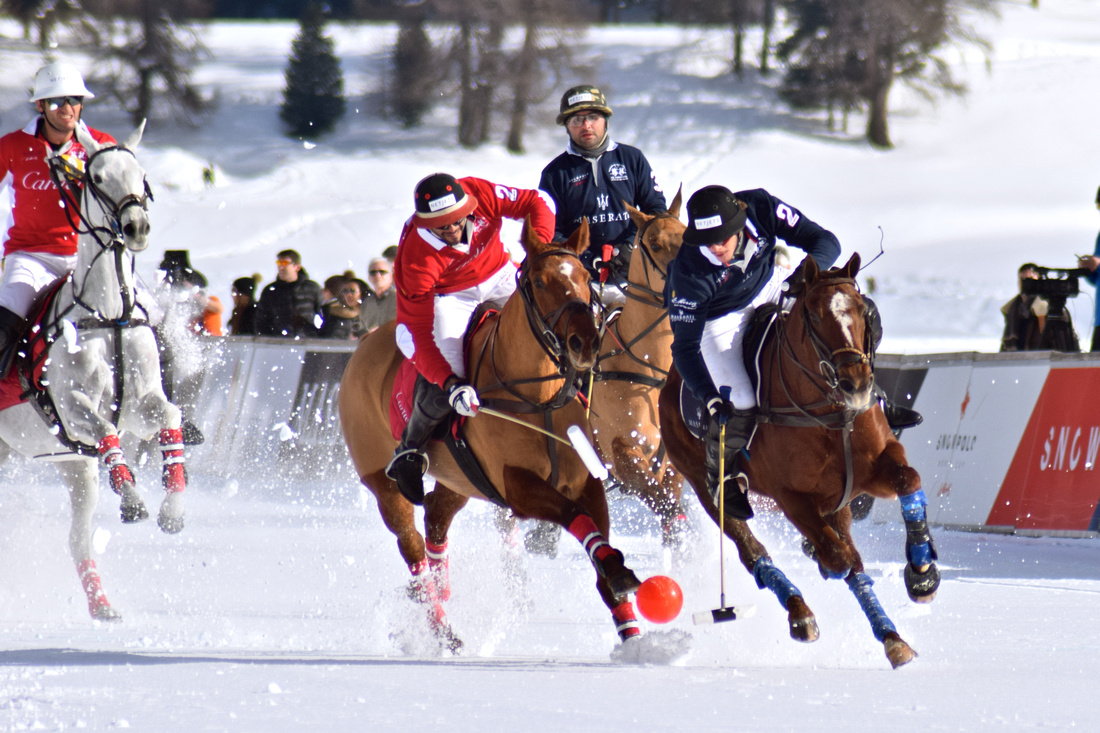 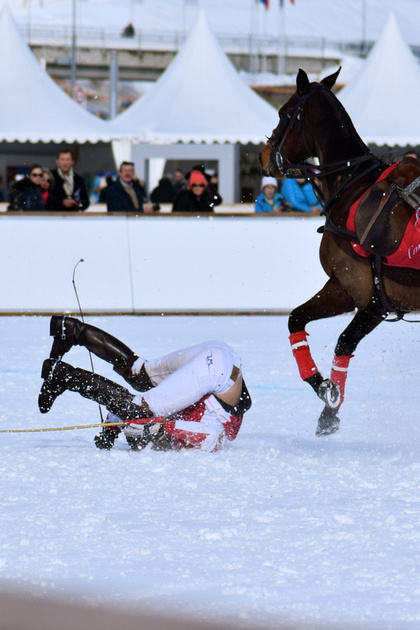 That afternoon, my boyfriend took me on a horse drawn carriage ride in the alpine forest of the mountains surrounding the lake.  On this beautiful ride he surprised me with a ring and asked me to marry him.  It was a very special afternoon in the most amazing surroundings, very romantic. 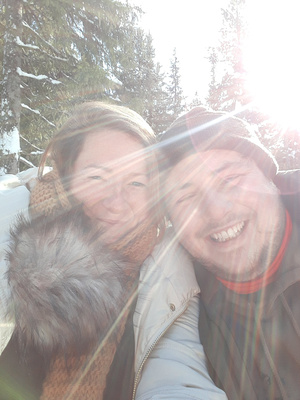 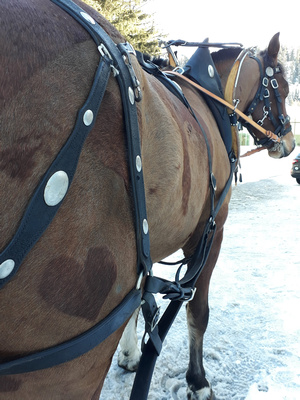 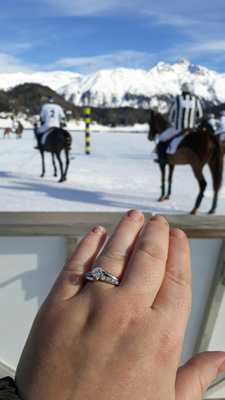 In the evening we sipped champagne and sampled delicate canapés at the Snow Polo Gala Dinner drinks reception in the stunning lobby of Badrutt’s Palace. Musicians and dancers from Azerbaijan entertained and we learned about Azerbaijan’s culture and tourism industry.  A beautiful country, with warm, welcoming people that I am now intrigued to visit.  I shall add it to my ever increasing list.  We were given a beautiful handmade silk scarf and tie wrapped up in gift bags and ladies were handed a delicate white rose.  The hospitality was wonderful.  It was an exquisite evening. 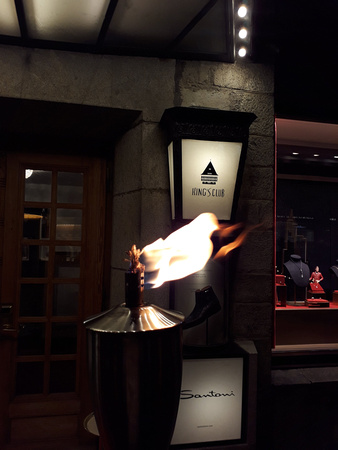 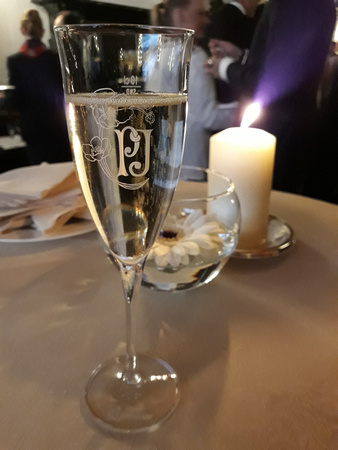 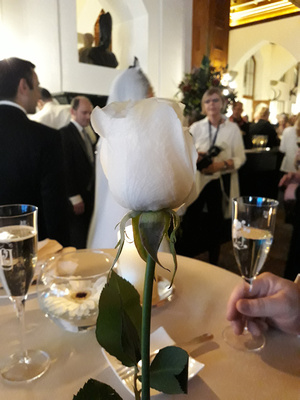 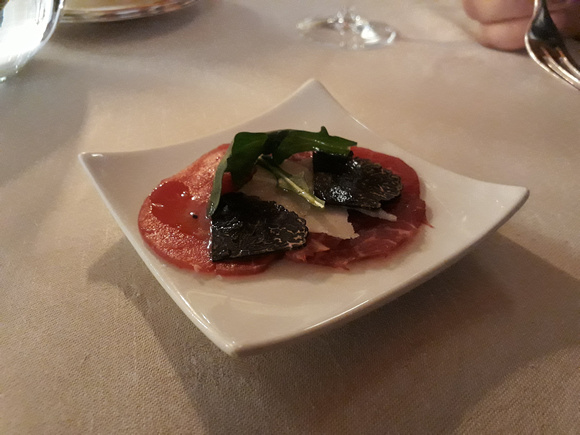 Sunday’s first game saw Azerbaijan Land of Fire beat Badrutt’s Palace in the La Martina Cup.  Cartier faced Maserati in the final.  It was a very tense game throughout with Cartier winning 4 1/2 - 4 and taking home the much coveted Cartier Trophy.  Dario Musso took the award for the most valuable player and Rommy Gianni best playing patron. 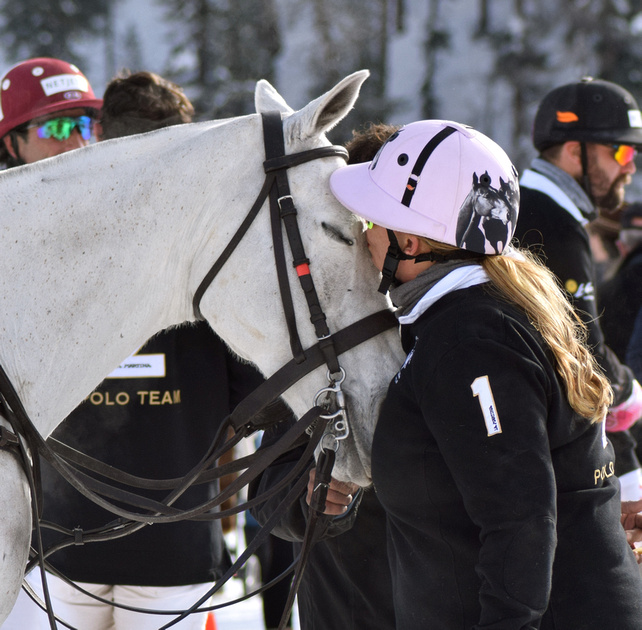 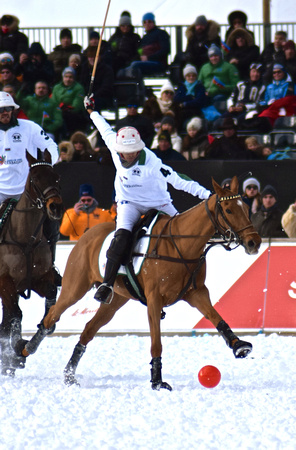 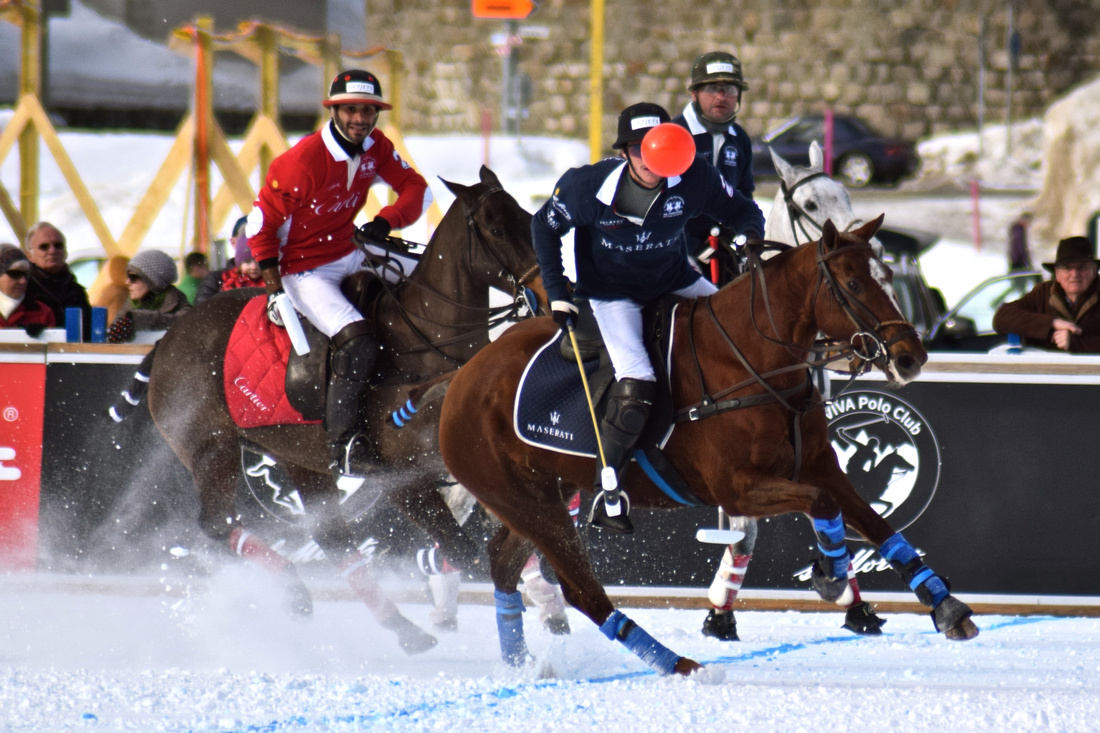 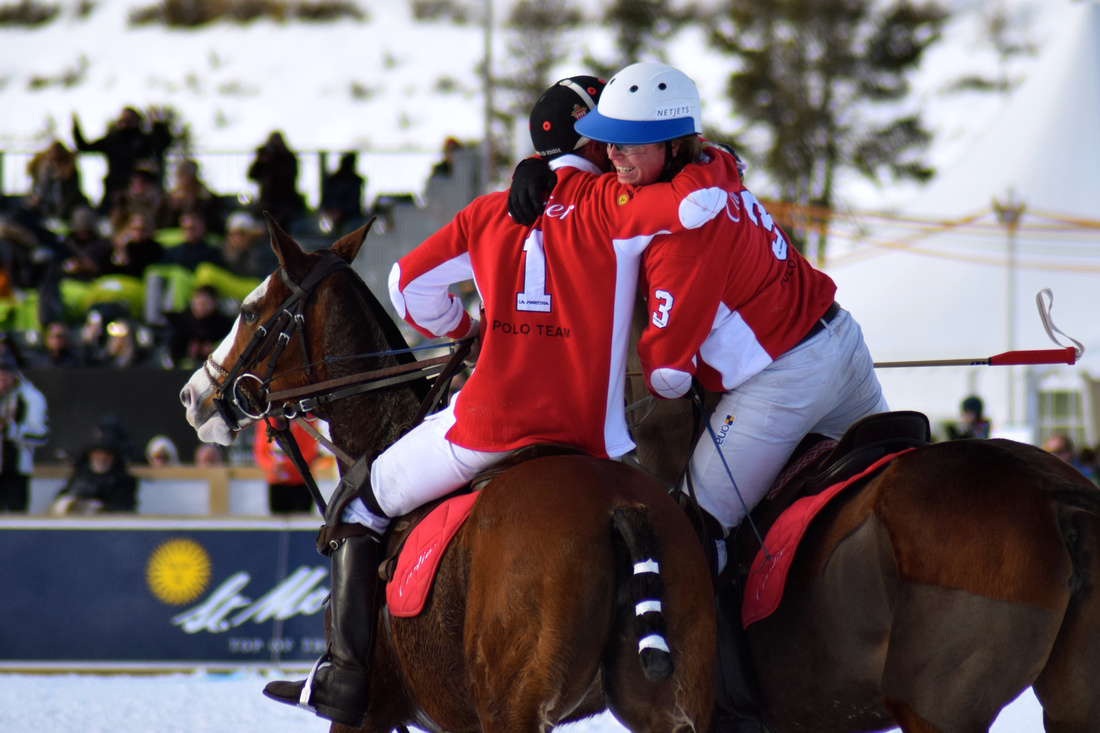 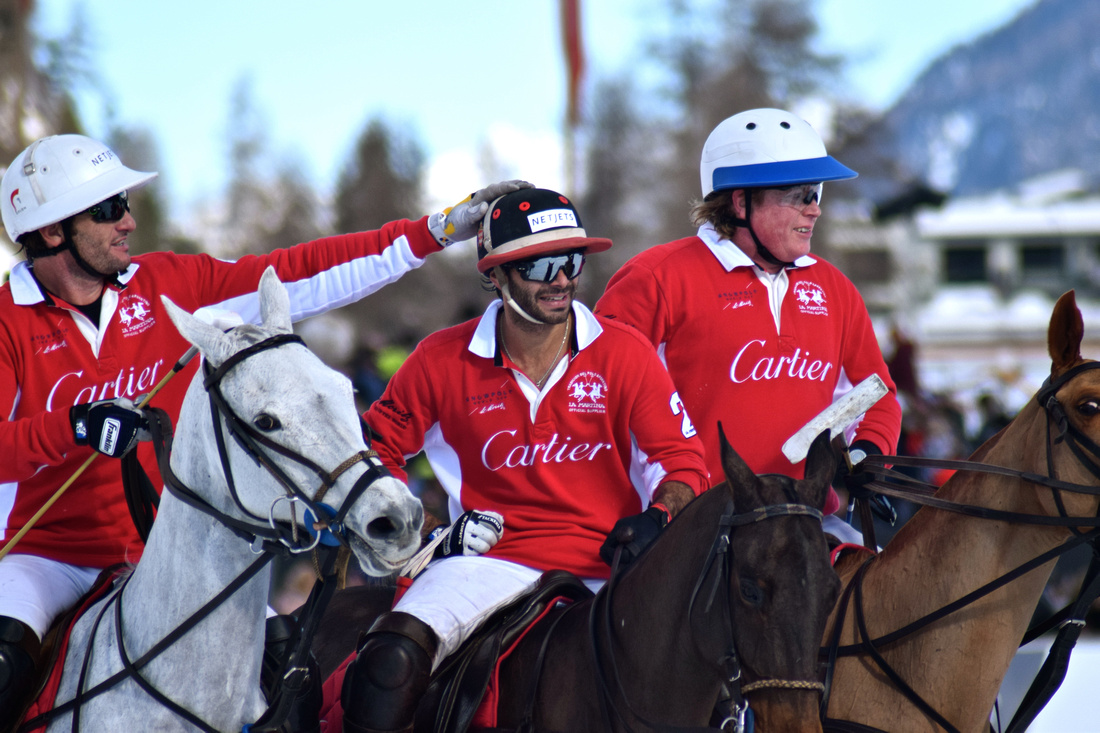 We enjoyed raclette and local beer in a beautiful ski lodge that evening.

I had a fantastic time at the Snow Polo World Cup and St Moritz.  I was lucky enough to be media accredited and the team were superb, very accommodating and helpful and wonderful hospitality (they even had my favourite sweet treat - macarons).  Our stay at Hotel Reine Victoria was perfect and the breakfast was absolutely fantastic, highly recommended.  Whilst in the hotel, I did happen to pick up a brochure for White Turf which moves me on nicely to my next blog...............

I now have a 10k+ following on social media.  I welcome all ideas and enquiries from equestrian related businesses that may want to collaborate.